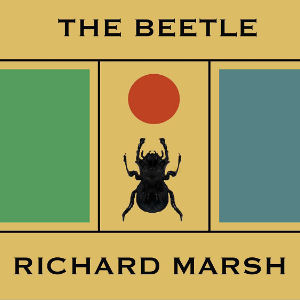 A story about a mysterious oriental figure who pursues a British politician to London, where he wreaks havoc with his powers of hypnosis and shape-shifting, Marsh's novel is of a piece with other sensational turn-of-the-century fictions such as Stoker's Dracula, George du Maurier's Trilby, and Sax Rohmer's Fu Manchu novels.

Like Dracula and many of the sensation novels pioneered by Wilkie Collins and others in the 1860s, The Beetle is narrated from the perspectives of multiple characters, a technique used in many late nineteenth-century novels (those of Wilkie Collins and Stoker, for example) to create suspense. (Summary by Wikipedia)